January & February 2017 – In case you didn’t realize it, Dynasty Goalkeeping is NOT just a summer 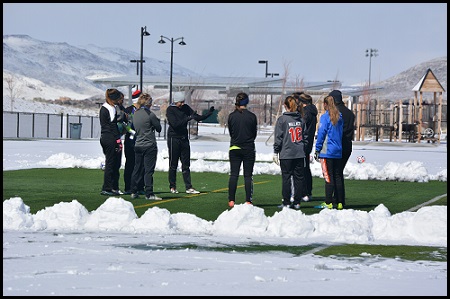 camp program, we run camps all year round!  And we aren’t just for girls! This year our annual winter programs took us to Raleigh, NC in early January, Atlanta, GA in late January, and Sparks, NV at the beginning of March. And when we say WINTER camps, we mean it!  The die-hard parents of Sparks, NV rallied to sweep the snow off our field early Sunday morning so we could still train after a late season storm hit overnight!

These weekend winter camps are a HUGE hit for gks looking to sharpen up their skills prior to spring seasons. Similar to our summer camp philosophy we have small camps of 12-15 student maximum in order to provide LOTS of individual attention, plenty of repetitions, and quality over quantity. 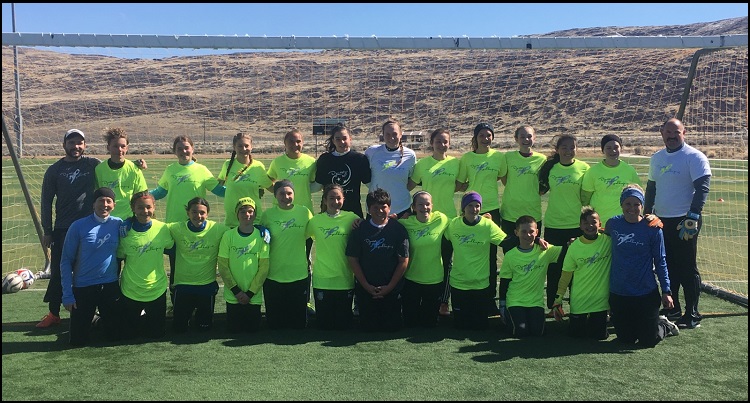 Additionally in Raleigh & Sparks we offer a Young GK Clinic to help develop a sound technical foundation at an earlier age. 2017 was our 1st year in Raleigh with a winter camp (although this is our home base for the summer camps), our 5th year in Atlanta, GA and 9th in Sparks, NV. It was fun to see some familiar faces while also welcoming some new ones into the Dynasty family.

We pack a TON of work into these weekend camps, but all the goalkeepers came eager to learn and compete!  In addition this winter they were rewarded with some delicious and nutritious fuel provided courtesy of Shanti Bar! 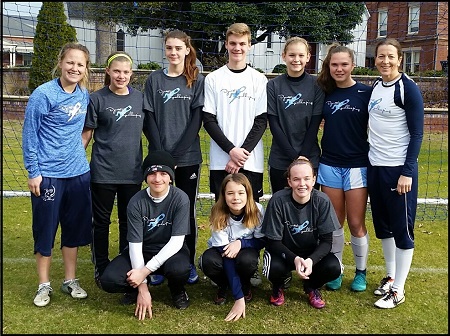 emails) around late September. That is when registration will open for 2018. Typically the Atlanta camp sells out in 24 hours while the Raleigh, NC & Sparks, NV generally fill up by the end of the year. So my advice is to plan ahead since space is limited to only 12 students max per camp (15 in Atlanta). In addition if you want to be placed on the specific email distribution for either of these camps please email me at tnoonan@dynastygoalkeeping.com that way you will be the FIRST to know when registration opens!

I love that the list of Dynasty alums excelling at the next level continues to grow!!!  Here is a list of former Dynasty Goalkeeping students & staff coaches that are currently playing professionally here in the NWSL and abroad. 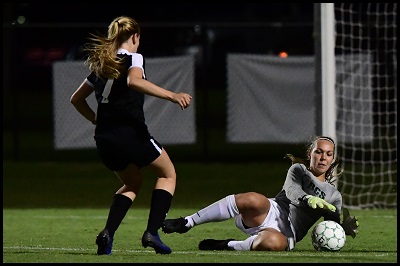 And in head to head competition they played to a 0-0 tie!  At the time, Houston HS (Hammer’s team) was ranked #1 in the nation. 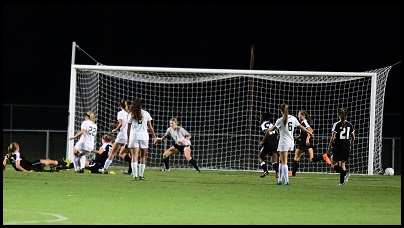 In addition Hammer was named to the Tennessee Girl’s High School Soccer Coaches Association All-State Team for her strong play in her senior season at Houston High. 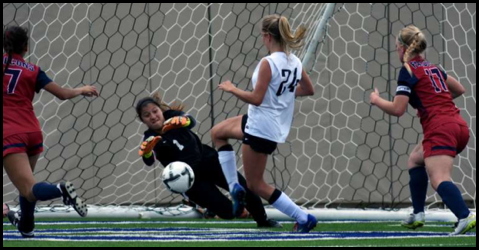 Senior goalkeeper Cailey Croson led O.D. Tompkin High School to the Texas Class 6A State Girl’s High School Soccer Championship allowing only one goal in the  state semifinal win over Vandegrift.  While Tompkins fell one game short of the championship losing in the final, Croson was named to the All-State Tournament Team for her consistent play throughout the tournament.

Tompkins Head Coach Jarrett Shipman said: “She has played every varsity minute at goalie for us since the school opened. She’s really what we embody when we talk about being a Tompkins Falcon.”