Congratulations to the following Dynasty Goalkeeping students who will be continuing their academic and playing careers at the following colleges this fall:

(I apologize to the Dynasty students who are absent from this list. If you are not listed it is because I did not know your college choice! The 2018 class won’t be featured until May of 2018 even though I know several students have already made verbal commitments.)

A HUGE shout out to University of South Carolina freshman Mikayla Krzeczowski on being honored with the New Student Athlete of the Year Award at the Gamecock Gala! 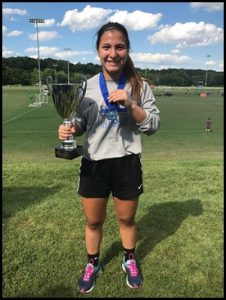 Just after wrapping up Week 2 with Dynasty on June 14th Cailey completed her first USSF Coaching Course and
then it was on to Regionals!  She stepped back in with her former club Albion East 99G and helped them secure the Region 3 Championship!  After making it to the Texas State High School Finals this spring, being named 1st Team
All-State GK, and Tompkins High School Defensive MVP and now a Region 3 Championship, it has been a busy and successful 2017 for Cailey!  Rewarding and FUN when everything comes together after years of hard work!  Good luck at the upcoming National Finals in Indianapolis!!! 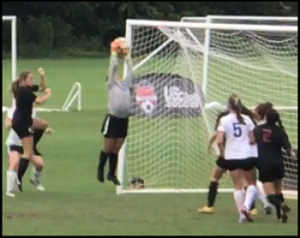 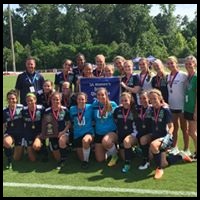 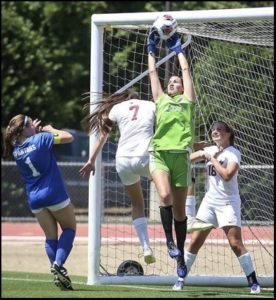 Kudos to Leah Beth Radow earning All League for the second straight year with Brentwood High School as they finished runner up in the All City and All State Championships… losing to Sierra Canyon in both championships.  In addition she was the only sophomore goalkeeper selected to the So Cal All State Team this year!