My name is Charlotte McCormack. I am currently a senior at Clayton State University where I have just completed my four years of eligibility. During my collegiate career I was fortunate to be a part of a very successful Clayton State team. In my three years as a starter we claimed two regular season titles, one conference tournament title, and one bid to first round of NCAA tournament, which was a big accomplishment for our small program. 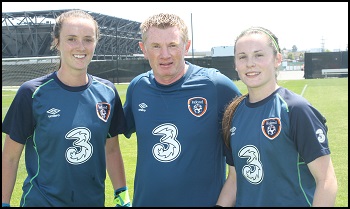 Before coming to Clayton State I played all my soccer at home in Ireland where I was involved with numerous clubs and development squads from around the age of ten. The structure of clubs and the levels are very different at home but essentially I have played at club, county, and regional levels and have been involved with the U-19 and senior Irish national team. I was also fortunate to have the experience of playing in the UEFA women’s champion’s league qualifying tournament in 2010.

The main reason I wanted to come to the States to play was because of the training opportunities and resources available here. While Ireland is a great sporting nation, there is nothing like the 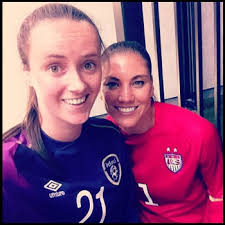 overall investment and emphasis on sport that exists here in the U.S. The opportunities and resources here are known for being the best in the world and in my experience that has shown to be true. Growing up playing in Ireland was a lot different to my experience here, and although the passion and emphasis on sport is there, the resources were not always. During the time I was developing there was definitely a lack of emphasis on training and developing goalkeepers. This is something that has improved dramatically in the last 4-5 years, but at the time I met Tracy it was quite untapped so training with her was a rare opportunity to gain such a wealth of knowledge and insight to goalkeeping

I attended a clinic with Tracy in Dublin in 2008 when I was 15. It was a one day clinic hosted by the FAI (Football Association of Ireland) with around 30 young goalkeepers from all over Ireland. 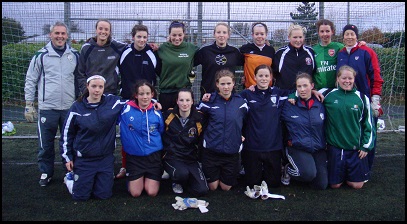 We got put through our paces as all you Dynasty gks know, and this really opened my eyes to a whole other level of training and goalkeeping. I was fortunate to attend two clinics with Tracy, a year apart, and following both sessions I received a call-up to the Irish U-19 squad. These are experiences that I treasure and I know had it not been for Tracy working with the FAI to begin recruiting and developing goalkeepers across the country, I may not have had those opportunities. Tracy’s visit to Ireland certainly inspired and benefited me and I know it had similar effects on many other young Irish goalkeepers at the time. A number of us made efforts to attend a Dynasty camp from back home and I was lucky enough to finally make it to one two summers ago in preparation for my junior year. 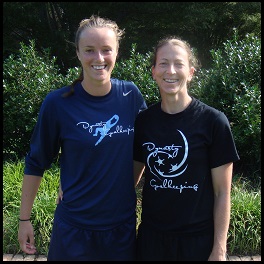 Working with Tracy was a huge contributing factor in my decision to come to the U.S. to play. The two sessions that I attended in Ireland inspired me to try to reach new levels not only as a player, but as an aspiring coach. Dynasty goalkeeping for me epitomizes what it is to strive for excellence in the goalkeeping world. The attitude and level that is pursued by Dynasty goalkeepers and coaches is exactly what I hoped to find when I came to the U.S.

In my four years here I have gained a wealth of experience and knowledge about aspects of the game that I had not developed at home. In Ireland I was accustomed to training less frequently, 2-3 times a week with maybe 1-2 extra sessions on my own time. When I arrived in Atlanta for preseason, two a day practices were a bit of a shock to the system, but that’s when I began to learn the importance of nutrition and what it takes to train at a high level. There is far more emphasis on conditioning, nutrition and being an all-round athlete here in the U.S. and I think that certainly shows in the success of the U.S. Women’s National Team!

Especially for goalkeepers, I have found that the allocation of coaches and resources specifically to train goalkeepers here is far greater than at home. It was only when the national league started that I really had a full time goalkeeper coach for a span of more than a few months, and even at that point it required a lot of additional travel and expenses on my part.

The difference I notice most about the development of the game here compared to in Ireland is the mentality towards player development and the value of sport as a part of our lives. As I mentioned before, where I am from your local club is your base and the motivation is to develop to compete at 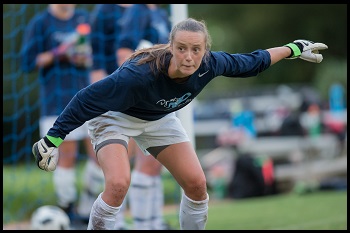 a higher level by earning selection for county, regional and national squads. The motivation is the honor in playing at that higher level and representing your home where you came from and your club and teammates. There are opportunities at school and college level to play and even to represent your university at international level. However, the college career is not emphasized as much and so the motivation does not come from earning a scholarship, or the right to play at a great school.  I have discovered that here in the US, the developmental stages throughout high school and long before that are for the most part geared towards earning a scholarship and striving to compete at a high level in college.  That is not to say that players here are not motivated by the love of the game, representing themselves and their families and the potential of playing for their country.  These motivators of course exist as they do at home. However, I have found that because of the emphasis on the college career, far more resources are 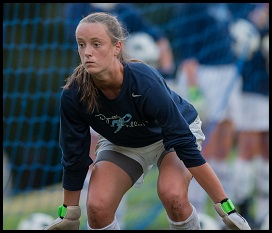 poured in the development of players from a young age.  At home people start playing for fun and there is no real financial incentive, at least until much later down the line.  In the U.S. the structure in regards to coaching, club progression, investment, and general emphasis is on the college opportunities, and I feel that that has played a big part in building the structure and availability of resources here. For me, this is the greatest thing I have experienced and benefited from since coming here. The college opportunities mean that far more resources are made available for players to develop. Whereas at home it is harder to find trained, experienced coaches until you reach the highest level. The level of women’s soccer in Ireland now, regarding facilities, resources, competition and overall standard, has improved dramatically in the last four years and will hopefully continue to follow in America’s footsteps.

Thank you Charlotte for sharing your insights and perspective on the differences in women’s soccer, and goalkeeping specifically, between Ireland and the United States.  All the best in your future endeavors! – Tracy